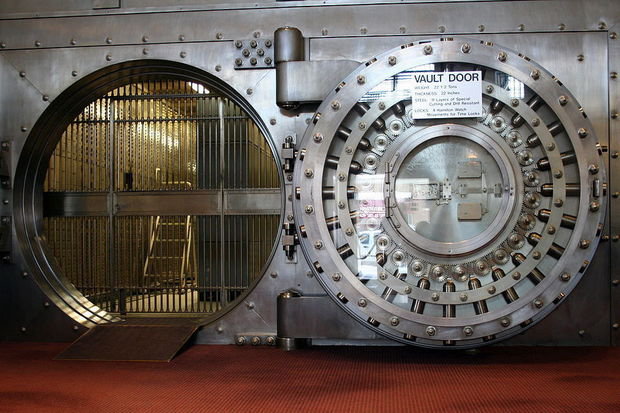 When it comes to fintech, banking and payments, big data comes with some powerful pros and cons. The big advantage is that big data can make banking services useful and viable to a huge slice of the population that can’t access it today. The greatest drawback is that, in doing so, it will make ultrasensitive personal financial information far more distributed, and therefore easier to steal.

That sets up a policy struggle for federal and state regulators, which was illustrated last week by a speech from the director of the Consumer Financial Protection Bureau (CFPB), Richard Cordray.

Cordray made clear that he doesn’t want to stand in the way of progress or the access that big data can offer but that he needs to protect consumers and put in safeguards in case something goes wrong.

Those are some excellent questions, especially when one factors in the “can’t get the toothpaste back into the tube” factor. Once regulators start allowing all kinds of financial players to access and use big data in these ways, it will be almost impossible to stop. Once the data is out there, it will be uncontrollable.

Complicating things is the fact that the financial players aren’t limited to major banks but include fintech startups. These startups are innovative and, like all startups, are often run by risk-takers. That may be exactly what is needed to create new approaches to make life easier for consumers who have been disenfranchised.

My favorite example is background information. When I apply for a loan from the bank where I have various other accounts, why do I have to write in my address and employer and ten other pieces of information that the bank already has?

But those risk-takers are also less likely to focus on privacy issues. Privacy is a very different concern than security. They will undoubtedly focus on protecting the data from attackers, but will the startup worry about sharing its consumers’ data with customers too freely? Not so much.

Fintech startups have a key advantage that is fully the banks’ doing. Most banks’ technological comfort zone falls somewhere between Luddite and Pennsylvania Dutch.

That means that the potential tech value-adds from startups are massive, and this gets us back into Cordray’s dilemma. He knows the startup tech is needed by consumers, but he also knows that they’re not likely to be the data’s shrewdest protectors.

In his speech, Cordray spoke of the vast array of potential data sources that startups and banks could leverage, if they wanted.

“Alternative data may draw from sources such as rent or utility payments, which in general have not been traditionally defined as credit. It may draw from electronic or other records of transactions, such as deposits, withdrawals, or account transfers. And it might include other personal information, such as the consumer’s occupation or educational attainment,” Cordray said. “Other forms of alternative data may spring from new sources that never existed before, such as the use of mobile phones or the Internet. By filling in more details of people’s financial lives, this information may paint a fuller and more accurate picture of their creditworthiness. So adding alternative data into the mix may make it possible to open up more affordable credit for millions of additional consumers.”

Cordray asked, “How might the use of alternative data, new modes of analysis, and new technologies affect costs and services in making credit decisions? Certainly it could mean a faster application process, lower operating costs for lenders, and lower loan costs for borrowers, all of which could benefit consumers.”

The director also expressed an interest in having federal regulators move where the laws are especially unclear. “The purpose of policy is to mitigate regulatory risk for products that promise substantial consumer benefit, where there is substantial uncertainty about how they may be viewed under existing law,” he said.

There’s no telling how long the CFPB will last in the current political climate, but it’s good to know that current management is at least thinking about these issues. Startup executives are not inclined to wait very long for guidance. They tend to be more “forgiveness rather than permission” kinds of people.